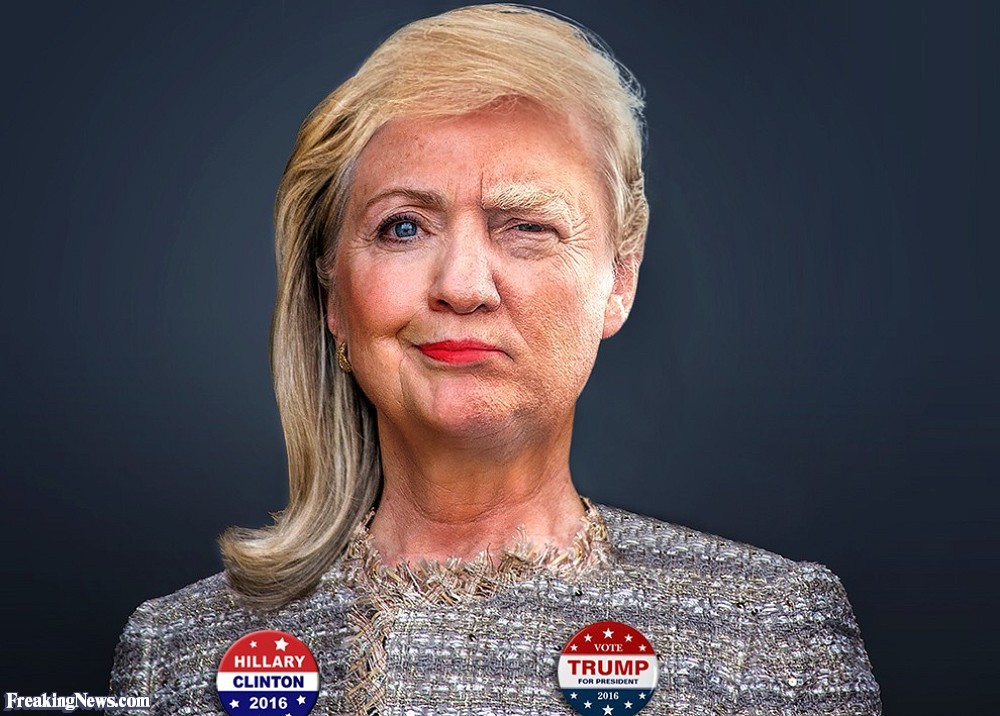 Apparently there’s an election this year.  It’s times like these a sarcastic font would really come in handy.  It has become increasingly difficult to avoid the topic of politics as of late.  Trump and Hillary have flooded the nation and taken conversation hostage.  Good luck trying to talk to your friends about anything because it will end with:  Who are you voting for?  Question of the year…which is funny because I was always taught to never end a sentence with a preposition, yet I digress.  Everyone has an opinion, everyone is right, everyone knows who they’re with and I’m just over here drinking vodka straight from the bottle because I can’t believe this is real life.

This election might be my favorite new comedy this fall.  It becomes more and more ridiculous the closer we get to Election Day.  If I’m with anyone, it would have to be Lewis Black who is convinced this entire shenanigan is a social experiment.  Between the primaries, Twitter, the debates, and the conventions, I’m not sure whether we are trying to decide on the next leader of the freeworld or who gets first pick for kickball during recess.  I’ve never seen anything like it.

And it really is funny…until you realize that this is real life and these are the choices we have been given.  It’s like going though a cafeteria line and the choices are sardines covered in glitter in a bowl or sardines on a plate.  Different presentation, but either way, you’re left with sardines.  It would be like watching an Olympics in which the top two American swimmers are Ryan Lochte and an armadillo.  It’s like, I get it-you can swim, but seriously (forehead smack)?!  And as for you, can anyone explain IN DETAIL why are you here and how you made it past the trials?!  You had FOUR YEARS, America!!!  This is what you came up with?!  Did everyone get caught up in their gluten allergies and Netflix?!

I caught about ten seconds of the first head to head debate between Clinton and Trump before watching America implode on itself.  Trump supporters thought he won and Clinton supporters thought she won.  Shocker.  It is my opinion that all future debates should end with a winner being declared and receiving a belt, much like a boxing match, just so there’s no confusion.

Furthermore, if we are going to have a presidential debate, shouldn’t all candidates be present?  Whether they can name their favorite foreign leader or not, I want to see all of my options. When I go shopping, it would be rather difficult to decide on what to buy if half of the inventory is locked away in storage. It is extremely hard to take something into consideration if I don’t know it exists. #Fact  Surprise, surprise there is a “non-partisan” organization co-chaired by a Democrat and a Republican called the Commission of Presidential Debates, which dictates the rules for debate participation and qualification.  It was founded in 1987.  After Ross Perot’s debut on the political stage in the race for presidency in 1992 they have since tightened the rules.  So much so, that Ross Perot wouldn’t have made the cut if those rules would have been in play.  On their website, they claim they raised the percentage of votes needed to participate in the debates in order to be more transparent. (Insert maniacal laughter here).  Ask any athlete, it’s hard to win when you aren’t allowed to compete.

If you’re still having a hard time understanding why this system is completely bogus, let’s compare it to sports.  Let’s say Team Blue and Team Red have the best record and no other team, without a miracle, stands a chance at making the championship game. Do you just join a side for a guaranteed winning season?  NO!  Talk to a Cubs fan, they’ve been miserable for a century and I can guarantee you becoming a Sox fan never crossed their minds.  Sometimes it’s not about winning, sometimes it’s about standing for something.  I get that a sports championship is different than a desk in the Oval Office, but I would imagine some eyebrows would raise if the same two teams met for the trophy for 162 consecutive years.  A game which has zero impact on any of our lives directly would send masses into an apocalyptic state of rage and yet when it comes to the President of the United States, we are all just complacent and accepting of whatever is put in front of us.

If someone gave me a choice to eat bananas or truffles, my two least favorite foods, I wouldn’t eat.  People feel very threatened by my refusal to choose.  We grow up telling our children not to settle, so why should we?  I would never tell my younger self or anyone I know to make a decision out of fear.  I refuse to operate or be made to feel that way.  I will not be bullied.  I’ve been told a vote for anything other than the democratic or republican candidate is throwing away my vote and supporting whatever politician they are against, and that mindset is only true because that’s what everyone has been conditioned to believe.  Which is ironic in juxtaposition with the idea ‘every vote counts’.  I think they are forgetting a few paranthetical statements along with that.  And don’t get me started on superdelegates, who hold no obligation to anyone but themselves and their personal interests when it comes to voting.  Their votes can effectively cancel out the popular vote.  Attn: Arizona.  Riddle me that, Batman.

A line has been drawn.  A nation is divided.  Choose a side.  I’ve seen pure hate on social media platforms.  The rudeness, the lack of a freckle of even attempting understanding, and the animosity are so outrageous and sadly so status quo.  If you’re voting for this person, unfriend me.  Seriously?  Grow up.  Basically you’re saying if you don’t agree with me, get out of my life-which is fine as long as you are aware that you are currently displaying qualities of a dictator.  You’re channeling Mussolini.  It’s not cute.  Not everyone is voting for the candidate you dislike because of the reasons you dislike them.

You would think it was the Capulets and Montagues, except there are zero family ties and here’s a fun fact:  We don’t know them!!!!!!!!  We’ve seen pictures, we’ve read articles, we know what the media portrays, we see them on television, we have an idea of their resume and who they are on paper but the fact is we don’t know anymore about them than we do Kermit the Frog, who I am convinced at this point would make an excellent commander in chief.  We treat politicians and celebrities like people we know with their names surfacing at the dinner table like close friends we do yoga with on Tuesdays.  It’s totally weird.  You know what they want you to know-whether it be their own campaign or another’s.  Unless you can prove to me that either candidate is one of your dear friends, you don’t truly know them. #Fact  I don’t care how many rallys or conventions you’ve been to, unless you’ve had a slumber party with them in your jammies and their personal phone number is in your contacts, your knowledge of them as people is orchestrated and biased.  You’re being fed.  You’re essentially choosing your favorite character from a Broadway show to be the mascot of our country.

90% of Americans aren’t FOR anyone.  They’re voting AGAINST someone else.  I am vehemently and unwaveringly not okay with this.  According to the NY Times, only 9% of America voted for Trump and Hillary combined in the primaries.  Granted that number is so low because of ineligibility and voter turn out, but the fact remains that over half of the voters in the primaries did not vote for the current presidential nominees. When will America wake up and realize that we are no longer a bi-partisan country?  The lines between democrats and republicans are so perforated anymore it’s comical.  Everyone is a little bit of everything.  Most politician’s stances change based on their target constituents anyway.  We need to start seeing these people as individuals before casting them off because of the party they represent.  If you vote republican or democrat solely for that reason alone, I’m sorry but you’re an idiot.  Educate yourself.

In fact, forget Republicans and Democrats- why can’t we just vote for PEOPLE?  Or even better, why can’t America be single for awhile while we get our shit together?  Or if we promise to be good, can we please start this election over? I swear we will take it seriously this time if you do.  (Sigh)  I know I’m an idealist and all you left-brained people are reading this and wanting to smack me across the face with a fly swatter while screaming GET REAL! Because you and I both know that either Trump or Hillary will most likely be the next President…but imagine a world where they aren’t?  As voters in a democracy, shouldn’t that, by definition, be a realistic outcome?

So cheers to whatever happens.  All I know is some people will run around like they just won the lottery and manifested their own destiny even though they didn’t pick their own numbers and other people are gonna grumble around for the next four years blaming someone in a powersuit for all of the problems in their personal lives while posting daily memes on their Facebook page.  I wish you all the best.

And to Abraham Lincoln, on behalf of America, I apologize.  This shot is for you.