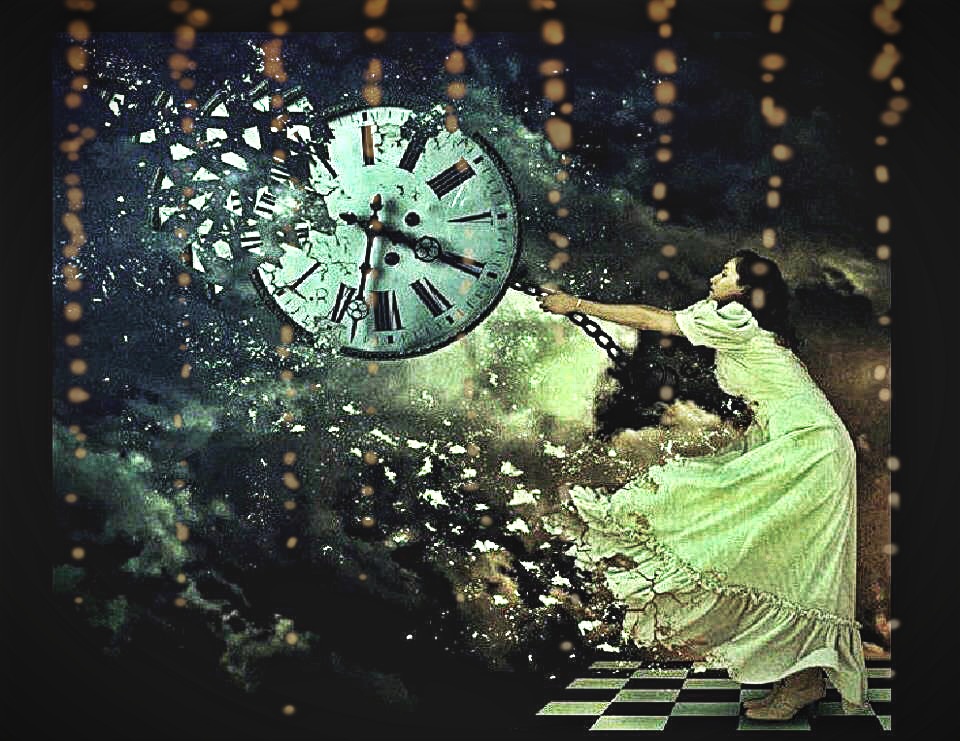 In case you need a reminder, it’s mid October.  It’s that time of year when white girls all over the country eat, drink and breathe pumpkins.  And while they raid stores fulfilling their annual obsession I’m sitting here having a minor panic attack because this year has flown by faster than my relationship with that one guy.  Bottom line:  I’m freaking out.  It’s all too fast.  One blink and it’s going to be Black Friday and a thousand ding dongs are going to be lined up outside of a Best Buy so they can trample over one another for some crap TV.  I need more time.

The thing that sucks about wanting more time is it’s not possible.  If I could Zack Morris my way through life and freeze time whenever I wanted to, I’m pretty sure I’d still be dancing to Britney in a frat house at Indiana University in the early 2000s.  For better or for worse, I live in this thing called reality-which I’ve learned, as the movie title boasts, genuinely bites every now and again.  Turning back time, traveling through time and getting lost in time are merely desires based on fantastical thinking.  Coming from someone who is currently writing a fantasy series, that’s a real kick in the crotch.  We all get the same amount of hours in a day.  You can’t buy time.  Time might, in fact, be the only thing that makes us equal.  It’s what we decide do with it that matters.

I get so worried that some days I’m just floating through and not really maximizing my time.  I don’t think I made a big dent in history when I binge watched C.S.I. for 8 hours and fell asleep with a bowl of mashed potatoes on my stomach.  Not one of my more impressive moments.  Although I think it’s only fair to cut ourselves slack every now and again.  I mean, we can’t be impressive all of the time.  It’s impossible.  And for those of you who come pretty close, we all find you super annoying and are convinced you’re some sort of mutant sent to Earth by the devil to make the rest of us feel inadequate.  Stop it.  Go to bed.

There are a few sounds that make me want to flip over a coffee table.  Crying children take the blue ribbon with the #1 spot.  It’s like what on earth could you possibly be mad about?  You don’t even know what insurance or parking tickets are yet!  Your life the best it’s ever going to be!  You’re upset because your mom doesn’t want to watch Finding Nemo for the 10th time in a row?  It’s not even that you can’t watch a movie.  You’re genuinely mad because she’s making you pick a different movie?  Oh, the horrors of being a child.  The only expectations anyone has of you is to be dressed and bathed, and even if you aren’t, it’s not your fault.  Nothing is.  You could turn an entire wall in the house into your Crayola canvas and there are essentially no repercussions.  Unless they are tears of joy, I have zero sympathy for you.  You’re crying in the middle of a Target cause dad won’t buy you a nerf gun keychain?  Keep crying little buddy, it only gets worse.  This paragraph is what you call a tangent.

My #2 least favorite sound is the ticking of time.  When I can hear a clock tick, I immediately get anxious.  To actually hear the sound of time slipping away adds pressure to any moment.  It’s an actual reminder that we are all here on borrowed time.  I am not saying I want to run through this life blind…which is a terrible analogy because none of us really know what to do if we’re being frank.  And on that note, no one names their kids Frank anymore…which is sad for Frank.  Life is really just one big game of Clue.  Different characters, different rooms, an assortment of weapons, a sheet of paper with stuff you’ve learned from other people and lot of accusations.  It’s stressful enough.  I don’t need the tick-tock of doom breathing down my back.  I’m not naive but there are also some things I don’t need in my face.  Your love for the Chicago Cubs or how much you bench being a few more examples.

As I get older, there isn’t nearly enough time in the day to accomplish all of the things on my agenda.  I need more time.  When did I start needing more hours in a day?  My younger self would be giving me major side-eye right about now.  In the grand scheme of things, we are given not only a small amount of time but an uncertain amount of time.  That combo is intimidating, terrifying and infuriating.  So work hard and play hard.  Take this time you’ve been given and do the things you want to do.  Make a list and get it done.  Time stops for no one.  The world will keep on turning, the sun will always rise and the moon will ever shine.  Live your story the way you want it to be told.  Be the book you can’t put down.  You still have time.  For now.

I wrote a blog. You should read it...cause you're in quarantine doing jack all and you know it 🖤 link in bio⬆️
Link in bio!⬆️ Reasons I'm ready for menopause, why McDonald$ owes me $$$ & the truth about this selfie #retrospectacular 🖤 . . . if you aren't following this blog via email....FIX IT ...you can send it to your spam, don't care...thank you in advance
🖤
My Valentines are better than yours ❌⭕❌⭕
Out in the wild...literally 🦒🦡🐾
#wildone ⚡