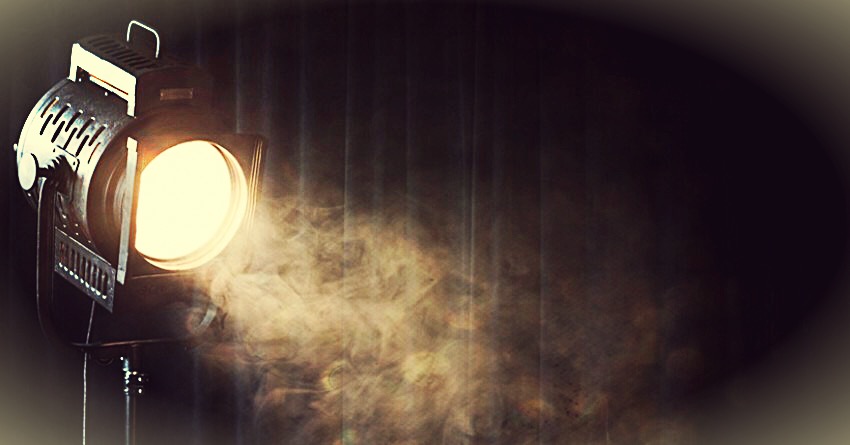 You’re not going to want to hear this but you have a problem.  America has a problem.  We all have a problem.  While you may be the star of the show called your life, the spotlight doesn’t always belong to you.  In fact, there will be times it’s not supposed to be on you.  There is a class and a generosity to letting other people shine.  Stop acting like everything you read, everything you see and everything you hear is about you.  It’s not.  We are not the center of the universe we think we are.  In an everyone gets a trophy, everyone is special, you are living your best life world, I imagine that concept is hard to compute.  So if you’re ever having trouble deciphering whether or not something is about you, ask yourself:  Is it my birthday?

There is empathy and understanding.  There is also upstaging and overshadowing.  There is a huge difference.  We are all guilty.  We all try to relate to one another and the world around us.  It’s how we connect and find common ground.  However, there is a line that we cross constantly.  We do it so often, we don’t even realize it.  A co-worker complains how tired they are.  Next thing you know you’re telling them how little sleep you got last night, how crazy your day was, how many errands you ran and that you are just as tired if not more tired.  It became a competition of tired.  It always does.  As if your story of tired should make them feel less tired, which it never does.  You’re both tired.  (sigh) I’m tired just writing this.

I have yet to make it much more than an hour before that over-glorified Hollywood built Caucasian Jabba the Hutt comes into conversation.  Gross.  Him, not the conversation.  The #metoo movement flooded social media outlets and I thought to myself, this is something we can ALL get on board with.  Finally.  I obviously forgot it was 2017 and that harmony is merely an ancient term that only makes sense anymore when used in reference to music.  Some women got mad because the phrase was actually coined a decade ago by Tarana Burke.  Even after Alyssa Milano tweeted due credit, there is still residual anger that a white woman is being credited for the work of  a woman of color.  With all due respect, I don’t believe there was any plagiarizing at hand here.  The initiative of the hashtag was all encompassing to women across the globe.  If there is a culprit of any kind it would have to be today’s “top-notch” journalism.  Mix that with social media and news travels quite differently than it did ten years ago.    So it would seem coincidence has divided the very group of people it was meant to unite.  Then anyone who called themselves a father got berated.  Then men got upset they weren’t included.  Of course they did.

It doesn’t matter what happens anymore, someone is mad about something and to be entirely honest, it’s exhausting.  Stop being offended.  Just stop it.  It’s embarrassing.  Whatever happened to secretly deciding someone was an idiot?  Your insecurities and your absolute relentless determination to be right or included will waste more time and stress than you could ever imagine.  Everyone may as well roll themselves in bubble wrap.  Toughen up.  I don’t know who told you life was going to be easy or that everyone you encountered in this life would be awesome, but they are liars of politician proportions.  Thicken up that skin.  And just in case you haven’t figured this out, there are people out there who don’t feel the same way you do about things…possibly everything.  Guess what?  Not every Facebook post requires your input.  Your buddy you graduated high school with who you haven’t seen since said graduation is going to be just fine not knowing how you feel about the second amendment.  Conserve your energy for the things that truly matter.

As a culture, our listening skills have gone to total shit.  When I say I love Skittles, it does not mean that I hate Starbursts.  Don’t put words in my mouth.  Don’t read between the lines.  Listen to what I am actually saying.  We are all so focused on what people aren’t saying that we develop these conclusions in our head that aren’t even real.  Stay present.  Give people the benefit of the doubt.  Ask questions.  Participate in the CONVERSATION.  For those of you who have forgotten, conversation is the informal exchange of ideas through spoken word.  It is not shoving your ideals down someone’s throat.  It’s not proving your point with low blows and name calling.  It certainly isn’t unfriending someone because they don’t think exactly how you do.  It’s an even exchange.  Imagine you’re at a bank.  You want change for your hundred dollar bill.  It would be a bit jarring if two crumpled twenties came flying at you from behind the window and all of the lights went out.  You would also be out sixty bucks which sucks.

If you’re looking for something,  you’re going to find it.  We express ourselves in written word so often, our words are easily picked apart.  Stop searching for the worst in everyone.  One of the first things we learned as children was to share.  Give and take.  Let everyone have a turn.  Don’t let life jade you.  There is more good than evil in this world.  Sometimes you just have to look for it a little harder because that’s not where the spotlight is.  We’ve been taught to tear each other down and look how good we are at it.  Imagine if we changed the script and decided to build each other up instead?  And if you were reading this thinking it was about you.  It is.