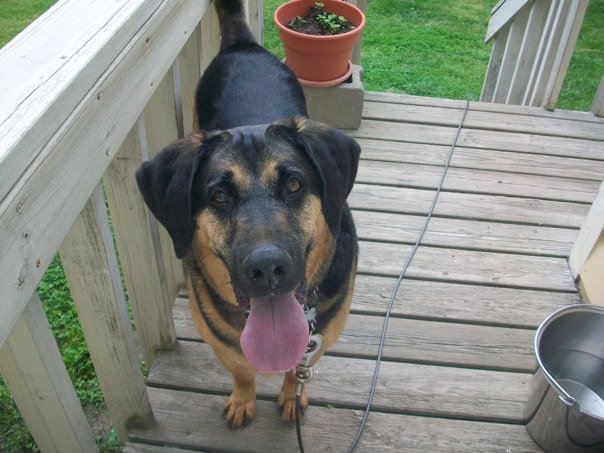 Yesterday was fun.  I got 61 pricks on my back at the allergist.  If you don’t know my history with needles, here’s a brief synopsis.  When I was four years old, my brother tripped me and I fell and cracked my head open on a hearth just below my right brow-bone by my eye.  This was also the same day my mom’s dad died…talk about a terrible no good awful day.  (Sorry Ma) Cut to me in a hospital room with a doctor coming at my face with a needle.  Cue ballistic child screaming for her life and then getting strapped down from head to toe like some kind of scene from The Exorcist.  Thus was the birth of my intense and understandable fear.  Doctor’s visits became a Battle Royale.  Take my natural tendency to be overdramatic and put it to the 10th power.  Nurses would see me come in and get real busy real quick.  It was like trying to hold down an octopus.

So 61 pricks and 15 minutes later, the doctor looked over my back and finally said, “Well…maybe don’t marry a farmer.”  Then he laughed and cleared his throat, “But seriously, you need to be careful getting into a relationship with anyone who has animals.”  Wtf.  You serious, Clark?  Turns out I’m officially allergic to dogs, cats, horses, mosquitos and mold.  I already knew all of this, I just didn’t know how bad it actually was.  So add that to the dumpster fire that is my dating life.  Now my already narrow field of men to choose from has gotten even smaller.  Now I’m left with dudes who can’t even commit to an animal.  Great.  Although, it does give me a legitimate reason to hard pass on cat owners.  #silverlining

But now if I have kids, they’re going to hate me!  This is some real Montague/Capulet ‘my only love sprung from my only hate’ shit.  I’m like the girl at the party who doesn’t drink except NOBODY can drink if I’m around.  So that’s kinda depressing and a lot of bit sad.  I know there are hypoallergenic dogs out there but I want a giant Bernese Mountain Dog – not some breeded foo-foo doodle pansy.   It’s like being told you can only have vegan ice cream the rest of your life…love you vegans so so much but THAT’S NOT ICE CREAM!  I basically hate myself for this….but the doctor also told me it’s genetic, so THANKS A LOT MOM.

And what is crazy is that I grew up with dogs.  I apparently built up a tolerance.  So when I left for college and spent more and more time away from home, that tolerance flew straight out the window and now I’m a crap human being and can’t even pet the puppies that greet me every time I walk in and out of my apartment.  DO YOU HAVE ANY IDEA HOW HARD THAT IS?!  It’s like being on a diet during the Superbowl.  The most luck you’ll have is eating raw veggies that are meant to be dipped in a 1,000 different kinds of ranch.  So.much.ranch.  It’s another example of not realizing how good you have something till it’s gone.  I feel like a super power was taken away.  My wings have been clipped.  Isn’t there a pill for this?  I feel like there is a pill for everything!  There are pills that give grown men erections, pills that make people think walls are moving, pills that prevent pregnancy- I mean, cmon!  Growing up is such a kick in the crotch sometimes.

My coworker put it into perspective when he said, “At least you aren’t allergic to alcohol.”  It was actually the first thing anyone said that made me feel like it could actually be worse.  So then I started thinking about all of the things I could be allergic to that would actually be worse.  The elements – air, water, earth, fire – that would suck.  I know there are people out there who are allergic to the sun.  You may as well be allergic to the mother who birthed you.  Imagine never being in the sunlight or having a suntan – my life would have no meaning.  Gluten allergies – I’m talking Celiac Disease – real ones, not this I’m trying to watch my figure and bread is a “bad” carb and I have to shoot next month.  I’m talking about the people who literally can’t eat bread.  And that’s the proper way to use literally…FYI.  What if I was like Rogue and unable to have any physical contact with other humans?  Now THAT would be the worst.

And that is what I’ve decided to learn from all of this.  It could always be worse.  I know this because I’ve been through the worst.  My dad dying was the bottom of the barrel, can’t-possibly-get-any-worse worst.  I hate that I know that and have that perspective but I do and it changes you.  Not for better or for worse necessarily but in a way that you see and look at things differently than you used to.  Life has this really interesting way of putting you in your place every now and again.  Roll with the punches because it could usually and almost always be worse.  So when you think you’re going through the tough…keep going.  Just keep swimming.

photo:  that handsome devil is Duke the bloodhound-German Shepard who was a very special part of the Kodros household ❤️