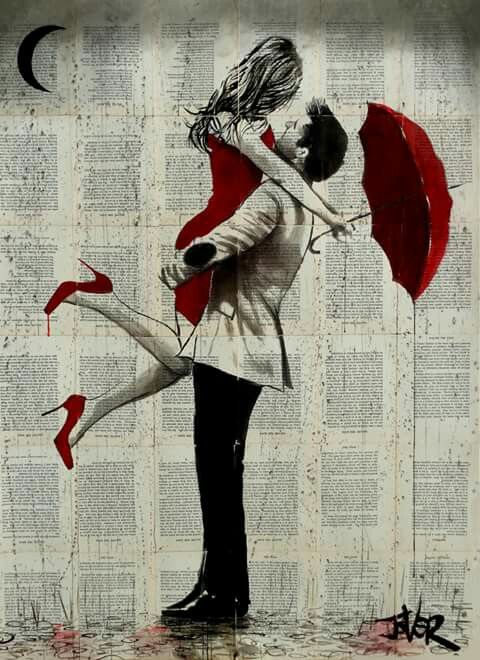 I had the absolute honor of standing by one of my best friends this past weekend as she said I DO to the man she met in a lazy river in Vegas.  Talk about finding love in a hopeless place.  The ceremony was almost as beautiful as the bride.  She was a total smokeshow.  It was handsome all around.  I’m sure this comes as no surprise, but I love weddings.  My pessimism tends to glaze over my comments on love pretty thick sometimes but I think we all know that no matter what I say, deep down I’ll always be the #1 fan of all matters involving the heart.  Who would have thought an afternoon of vodka sodas and a dip at the MGM Grand on the strip all for a Billy Joel concert would have brought these two down an aisle three years later?  Watching two people who are genuinely in love  pledge their lives to one another is always some kind of wonderful.  In the whole universe, in all the world, these two found each other and they BOTH decided they’d met the last person they ever wanted to kiss forever.  Those are incredible odds.  Mostly just incredible.

I doubt those two thought their last first kiss was going to be in Las Vegas.  I don’t think anyone thought that, haha – no offense.  It’s kinda cool I still have a last first kiss out there waiting for me behind any corner at any given minute.  Cause let’s be honest.  First kisses are the BEST.  There’s that buildup and butterflies and unchartered desire.  I wish I could take first kisses and bottle them up.  Save them for those moments you need to feel your heart flutter.  And then, of course, you have that honeymoon phase where you can’t keep your hands off of each other and basically annoy everyone within a 20 foot radius.  Get a room.  Alas, when you’re the one who’s in it, tunnel vision baby.  Falling in love is such a wondrous, moonlit feeling.  You feel as if the world has finally served you a kindness.  The stars, the lights, the glitter, it all shines for you.  The world feels a little different, your clothes fit a little different and the life behind your eyes sparkles a little different.  First kisses and puppies could save the world, that’s what I always say.  (I’ve never said that)

Anyone and everyone I know who is married or is in a long-term relationship has one thing to say about it:  It’s hard.  I believe the phrase ‘I love you but I do not like you right now’ captures that sentiment perfectly.  Once the passion of it all fades, there has to be something else to take its place.  I came home from college one summer and my parents were like straight up making out in the kitchen.  I looked at my sister and was like, “How long has this been going on?” and she said, equally as perplexed as I was, “A few weeks.”  And then I thought – why am I so surprised?  I’m not an idiot, I know where babies come from.  But that’s the ebb and flow of relationships and marriage – that first kiss is only the very beginning of your adventure.  Maybe the song ‘Save the Best for Last’ is more profound than I ever realized.

It is a little crazy to think you are going to do something for the last time and have no idea.  I have a tattoo of coordinates on my forearm.  If you were to type them in on Google Maps, you would find yourself on a driveway in a little town across the river from Saint Louis called Alton, IL.  This is the driveway outside of the condo my grandmother lived in while I was growing up.  So many memories there.  It’s also the last place I saw my dad.  I looked back out the rear window to see him standing outside waving as I headed back to Chicago.  I know there is absolutely no way for me to have known what would happen only a few days later, but I always imagine how different that goodbye would have been.

There’s something storybook about the unknown that is life.  Every story has an ending, a last page, a final word.  The thing of it is, we don’t always see it coming.  Sometimes it happens mid-sentence when we least expect it.  We have to be more careful with how we’re living.  Especially all of you people with your Irish goodbyes – you better watch it.  There are moments in life we take for granted because we are so eager to get to the next thing.  Why does today get such a bad name?  I waste a lot of time looking forward to other things.  What if I actually treated every moment as if it were my last?  Just thinking about it makes my head spin a little because I’d be a little less filtered and way more forward.  If I saw a guy I thought was attractive I’d yell across the bar – HEY YOU!  YOU INTO THIS?  – THAT’S YOUR WIFE?  MY BAD, I COULDN’T SEE YOUR LEFT HAND.  WISH YOU TWO ALL THE BEST! – Just kidding…or am I?  Probably not the best strategy to yell at strangers.

Take a real good look at yourself.  Love him.  Love her.  Love where you’ve come from, where you’ve been, but most importantly, where you ARE.  I find myself so down on myself all the time about a variety of things.  If the world ended in an hour, I can’t say any of those things would matter in the slightest.  I have to remind myself that my life won’t always be the exact way it was today.  Change can happen at any given moment.  You never know when you might be doing something for the last time…and that should change everything.

2 thoughts on “the last kiss”