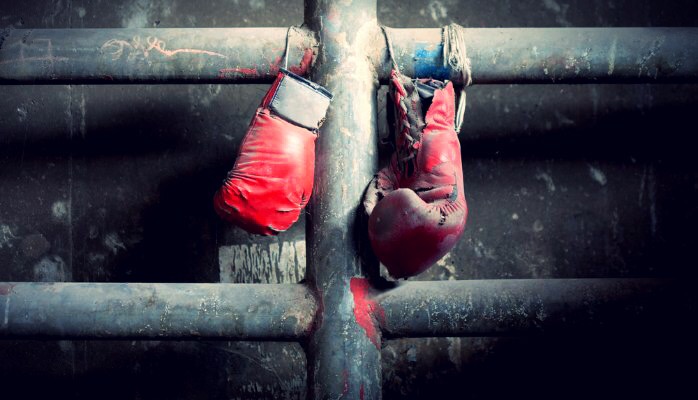 Our entire lives are dictated by which battles we choose. Each of us decides what is worth our time, what arguments are worth having, what people we want to hold on to, what type of love we deserve, when enough is enough and when the fight is crucial to the truth within ourselves…and that’s not including the battles we have within our own minds.  Life is a giant choose-your-own-adventure and we must all do our part in tending to the book in its entirety rather than the individual pages.

I found myself driving behind a human nightmare this week.  I’m not sure what’s going on in his family life or what creepy general manager job he was late for but this guy was looking for a fight…begging for it.  In a matter of minutes I saw him boo someone verbally alongside an aggressive out-of-the-window thumbs down as he paced them down the road, give someone the bird for no other reason I could see beyond simply existing, open his car door to insinuate he would throw bows in the middle of the street and basically drive like a looney toon on bath salts.  I sat there calmly observing this maniac’s breakdown and couldn’t help but laugh.  Coming from someone’s with a mild road rage diagnosis-THIS is how you want to exert your energy?

Everyone has a boiling point.  There are moments in time, whether it’s something someone has said or done, something that has happened or something you’ve read, when your head feels like it’s literally going to pop off.  We get angry, we act out and our emotions get the best of us.  We say things we don’t mean and before you can blink, we’ve left a trail of Freys in our wake, Arya style.  If you don’t get this reference, I suggest you stop reading immediately and go watch Game of Thrones.  Like, now.  We all have our unique ways in letting off steam, decompressing and dealing with the curve balls life throws our way.  I vote we all do our best not to take it out on strangers.  We have enough casualties up in here as it is.

We are all guilty of wasting energy on silly things.  I spent an entire day off watching YouTube tutorials on how to draw Tinkerbell.  I fumed internally when I discovered the 99 cent store does not accurately describe what is IN the store.  I wasted an afternoon tweeting Campbell’s about their “family size” soup can, curious as to what type of family they imagined this can would feed.  My guess was a single pregnant woman.   Candycrush, anyone?  That game makes me wanna smash my face in a plate but for some people, it’s their fidgetspinner.  My friend and her boyfriend taught me the ins & outs of Snapchat and, for twenty-five minutes, the three of us managed to successfully contribute nothing useful to society.  So many distractions these days.

Be aware of your focus and where it lies and who you are giving it to.  Don’t exert yourself over people who wouldn’t do the same for you.  Think hard about what the return is.  If you ever have to question where you stand in someone else’s life…you already know the answer.  Many of us spend so much energy on others we forget to leave some for ourselves.  I’ve learned that I absorb an extraordinary amount of energy from others and need to ensure I have time to myself to recharge.  Basically I’m Rogue, which is everything my four-year-old self could have ever hoped for.

I think it’s also fair to say things that made sense at one point no longer do.  I’ve had friendships that no longer exist but through Facebook or aren’t as strong as they once were.  I’ve had disappointing relationships, endeavors and fashion choices.  I once looked at this as failure, even a waste of time, but I learned so much about myself, growing exponentially through each of these experiences.  I used to have a bit of a Runaway Bride complex…I had no idea how I liked my eggs.  I now have a better idea of who I am, what I’m looking for and what I need to be happy.  I suppose the saying ‘what doesn’t kill you makes you stronger’ has an element of truth to it.  Thank you Kelly Clarkson.  Or if we wanna be more historically accurate, thank you Nietzsche.

There are many battles in a lifetime.  There will be choices, heartbreak, victories, regret, wonder and revelation.  And you may not win every battle or you may choose the wrong ones but remember to stay strong enough to win the war.  Just make sure it’s your war.  Weigh each possible outcome, know your values and what you hold dear.  Know when being right is important and which arguments to decline, which bridges to burn and which bridges to cross.  Be battleready but always be prepared for the ambush.   Above all, know when the fight is worth putting on the gloves.  That’s how you win, that’s how you survive.  As a good friend once told me, “It’s called strategy yo.”  (Insert Game of Thrones music here)