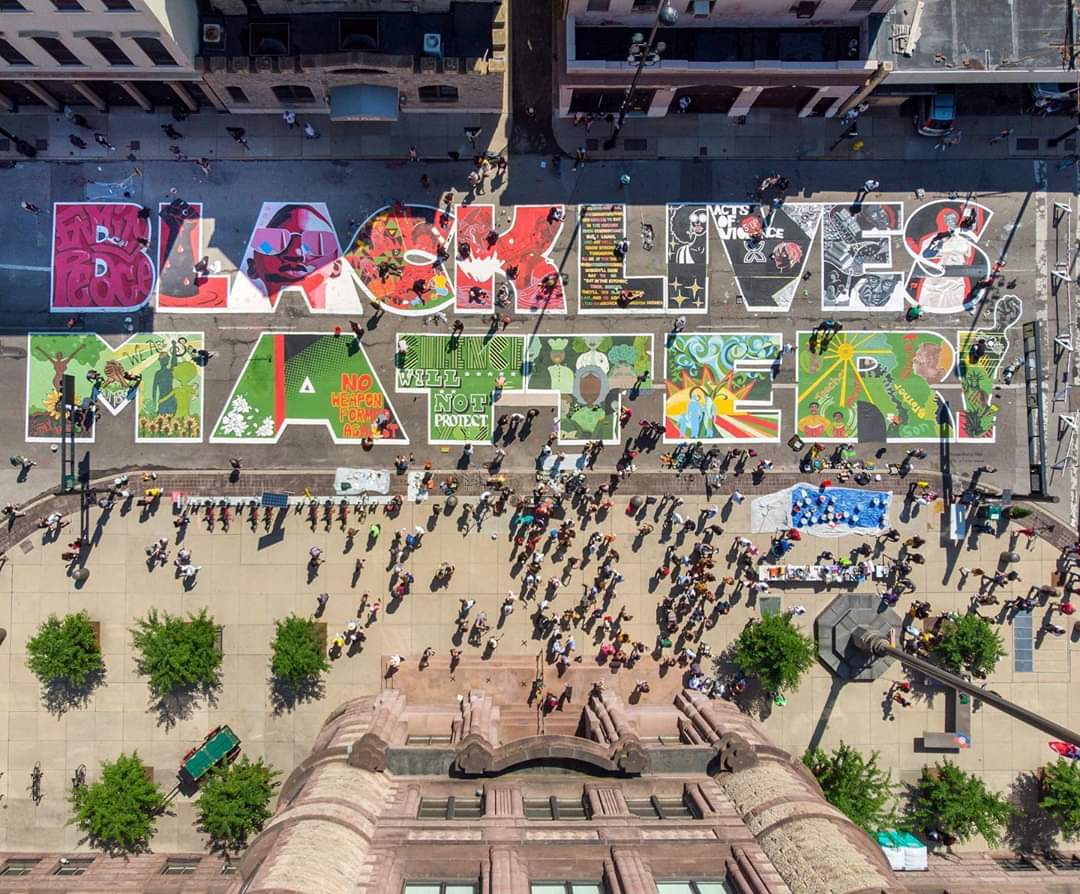 As some of you might have noticed, I’ve been quiet lately.  It’s uncharacteristic, that’s for certain, but my voice is not the one that needed to be heard these past few weeks and I didn’t want to deter from those that did.  It was not the time to post selfies unlike many of you were led to believe.  It was not the time to make jokes about dating during a pandemic even though someone said ‘my roommate had it so I’m pretty sure I have the antibodies now’ (?!?!).  It for sure wasn’t the time to discuss 365 Days on Netflix (if you’ve watched this, contact me immediately because my face 10 minutes in was similar to when I watched Tiger King but for VERY different reasons).  It just wasn’t the time.  When something so devastating is happening around us and to those we love, we tend to have this need to come up with the perfect thing to say when the reality is maybe the perfect thing to say is nothing at all.  I have a deep rooted penchant for understanding and empathy.  I will lean towards love always.  So I’ve been listening.  Reading.  Watching.  Learning.  Reverberating voices that need and deserve the stage.  I’ve become a human sponge.  Taking in and considering any and all perspectives – whether I agree with them or not because I’m not interested in secluding myself into a corner of parrots.  I have always and forever will be opinionated but I will never be nor will tolerate being narrow minded.   Too many of us stick to the shallow.  Get all the way in.  Get uncomfortable.

I truly hope we are all past this point by now but if anyone is still having a hard time understanding why saying ‘All Lives Matter’ makes you seem like a tiny bit of a doofus ( a lot a bit), imagine being at your son’s funeral and someone drives by, honks the horn and yells ‘My son died too!’  You’d be offended right?  It’s like if I tell someone I love them and you pop out from behind the couch and say ‘What about me!?’  Well, frankly, this isn’t about you but also, I never said I didn’t love you.  You picking up what I’m putting down?  It’s like when you’re going through a breakup and Karen shows up with her $5 boxed wine as contribution and starts every sentence with, “I remember when Kyle broke up with me…”  –  EAT A WHOLE CHEESE TRAY KAREN!!  THIS ISN’T ABOUT YOU!!!  Pipe down.  I hope I’ve provided an adequate understanding of BLM.  It does not mean that ANY other life doesn’t matter.  It’s not a negating statement – It’s a movement.  I hope that this clears some things up for those of you still having brain spasms every time you hear Black Lives Matter.

Through my observing the past few weeks, dare I say even silent trolling, I’ve found there’s a lot of putting words into other people’s mouths.  DEFUND does not mean ABOLISH.  CONTROL does not mean TAKE AWAY.  I can’t imagine playing Taboo with some of these people honestly.  I found myself at a table of people with very different backgrounds, beliefs and ethnicities, talking about this very thing.  We disagreed, we challenged one another, we played devil’s advocate, we questioned one another’s truths but most importantly we LISTENED to one another.  I worry that if Americans can’t figure out how to do the same on a larger scale, we will forever stay divided.  The left wing and right wing are so divided and busy fighting they don’t even realize they’re a part of the same bird.  It’s insanity.  And it will keep happening over and over and over again until we learn.  We’ve forgotten how to have conversations.  They require listening, respect and a certain degree of curiosity.  What is the point of having a conversation with someone who has nothing to learn?

A question I would ask is, why are we so afraid of admitting our privilege?  Why are some of us too stubborn to face the fact that America has not always made the best choices?  If you don’t believe this country is embedded with systematic racism, I would encourage you to retrieve your finest bottle of whiskey and call me.  I’ll read articles to you out loud.  I’ll tell you how the Declaration of Independence was printed in the same publications as slavery ads.  You know, the document that starts ‘All men are created equal…’  I’ll ask you if you’re familiar with redlining.  I’ll ask you if you know where the first air-raid in America was.  Spoiler alert – it wasn’t Pearl Harbor.  I’ll tell you about my Muslim friends who still get side-eyed every time they get on a plane.  I’ll tell you all about how our government implemented a system falsely declaring Native Americans mentally incompetent in order to impose guardians to not only oversee their finances but to be entitled to said finances if “anything should happen” –  read Killers of the Flower Moon  –  it’s appalling.  I’ll tell you about my visit to the Japanese American Museum and the things I learned that aren’t taught in history classes.  How we hypocritically berate the Germans for what they did to the Jews.  Then I’d suggest you google Manzanar.  I’d tell you that these things happened.  That they are very real.  And nobody talks about it.  Most people don’t know about it.  Then I’d ask you why I wasn’t taught any of this in school.  I’d ask you why we’re constantly being fed Disney versions of our past.  The Crusades for example, I mean, my god.  And then I’d say this is why we can’t ever forget that history is written by the victors.

I need to be very clear about something before people take my words, swirly straw their own conclusions and suggest I move to New Zealand – I love America.  I have American Pride.  America is my home.  I’m a Midwest girl who moved to the west following her dreams.  I come from a military family.  You may call me a patriot.  I am not ashamed of being American – but I am ashamed at some of the things America has done.  If you’ve ever been in love with an imperfect person, you can understand how I feel.  The land I love is broken right now and has been for some time.  We need to do better.  We must do better.  And if you’ve never seen this clip from The Newsroom … it’s genius.  You’re welcome:  Is America the greatest country in the world?

Now I’m about to make a possibly strange parallel here, but stay with me.  In military circles you’ll hear the phrase ‘know thy enemy’ frequently.  It’s a staple war tactic to know and educate yourself on the beliefs and lifestyles of those opposing you.  Years ago, a guy from my brother’s unit in Afghanistan told me he was reading the Quran.  When I asked him why, he simply said, “I want to understand what they’re fighting for.”  This has always stuck with me because it’s so interesting and smart and necessary.  Now I’m not saying this country is at war, although it certainly has felt like that the past few years, but in regards to recent events I think it’s crucial for us to understand the POV of those who were raised differently than we were, who see the world differently than we do, who experience different normals.  There is zero harm in being informed.

I hope I’m making any sense honestly – there’s A LOT to unpack and I’m trying to be as concise as I can, but on the other hand, this is a topic that deserves all the time it takes.  Even if this opens up a conversation in your own home or you learned one thing you didn’t know before, I will feel like this has mattered.  I’m 36 years old.  What do I know?  All I really know is that I for sure don’t like chipotle seasoning even though I’ve pretended to for over 3 decades.  I also would LOVE to know why my upstairs neighbor is stomping around wearing heels in the middle of a pandemic on a Tuesday night ’cause, and I can’t stress this enough, I may never wear makeup again.  I also know we are on the precipice of great change, as we should be.  It’s an uprising and I tend to do my part in it.  If fighting for the equality of any single person is wrong, consider me a failure.  I want to be on the right side of history.  The universe spoke.  Now it’s our turn.  Have these conversations.  Listen.  Learn.  We’re too far from the shallow now.  Keep going.  Stay uncomfortable. Xx 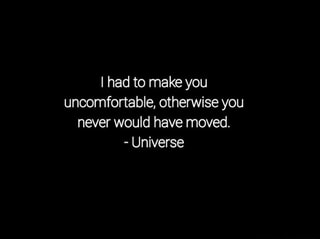 Channelling this girl at all times🖤✌🏻
I'll take more of these please✌🏻🖤
Dear 2021... we're gonna need more cowbell ✌🏻🥂💋
💫🖤✌🏻
Holidaze❄🎄
If I could wake up every single day with the exact mentality I had that morning, I'd soon be a queen in her castle nestled in the clouds 🖤👑