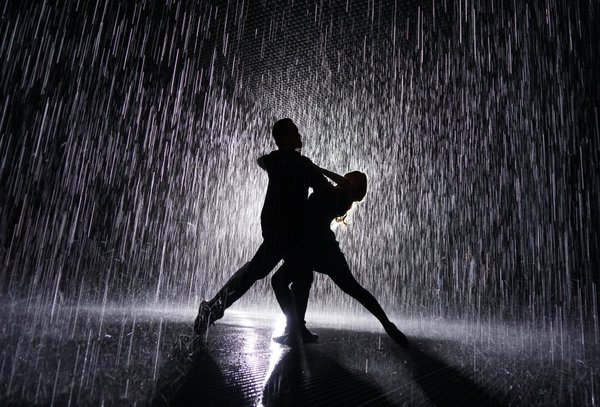 If we have learned anything in the past few weeks, and I pray that we have, we know that there are certain things we can’t control.  No one is ever going to think exactly like you, being a Bengals fan comes with endless heartache, my right armpit will always sweat more than the left, Mayweather has nothing on Mother Nature and tragedy is inevitable.  These are undeniable truths…although I’m sure Floyd would say he could take on Irma in the ring.  He did, after all, call himself God’s masterpiece.  #Fact

This life is not choreographed.  As someone who has spent a lot of time doing musical theater, trust me, I am more disappointed than you are.  I am not implying you have zero say but I am reminding all of us to breathe easier because there will always be variables in the equation.  That’s just life.  There a lot of people who think they have reign in exactly how their story will go down.  To an extent, of course you do.  If you spend your time on a couch eating GrubHub and watching the nightmare that is Bachelor in Paradise, you’re probably not going to be a neurophysicist…or anything more than 4 syllables really.  Also, if that’s how you want to or do spend your time, no judgement here.  You live your best life.

In today’s build-a-bear society, we like to believe that everything is custom.  It’s a great concept.  I’ve been talking about a build-a-man store for years but there are some things you can’t design.  There will always be unforeseen circumstances and the free will of others.  You don’t get to decide who loves you and who doesn’t.  As any story of ever will prove, there’s no potion for that.  You don’t get to decide when your kids will start acting like total bagoons.  And by bagoons I mean minions of Satan sent to Earth with one objective:  to destroy you.  You don’t have a say in other people’s driving skills, parenting, manners, reactions or lack of.  Which is a real kick in the butt sometimes, ain’t it?  Believe me, if I could dictate the responses of others, I wouldn’t have so many wrinkles on my forehead.  There’s a lot.

Then you have the catastrophes of life.  Devastation from time to time is inevitable.  It is real and it will happen to you one day if it hasn’t already.  And I’m not talking when your optometrist tells you that you’re going to have to wear your glasses for a week and you have to go to a wedding on Friday.  I’m talking the kind of stuff that leaves you different than before.  The kind of stuff that just about breaks you in half but doesn’t.  The kind of stuff that leaves scars you haven’t quite learned how to hide yet.  Trauma is a part of life.  If you’ve survived it, you know exactly what I’m talking about.  A certain perspective is gained, but at a cost.

This past week has shown us the terror and strength nature carries with its beauty.  That is something that can’t be manufactured.  There was time to prepare but in the grand scheme of things, this was not on the agenda.  Vacations were cancelled, evacuations were mandatory, flights were delayed, ceremonies rescheduled – you get the idea.  A lot of people had to rearrange their lives.  You will deal with whatever comes your way, literally.  The way you deal with it is up to you.  Whether it’s a natural disaster, the death of a loved one, a medical emergency, a break up you never saw coming, a comment that took you by surprise or the proverbial slap in the face, life finds a way to surprise us time and time again.  She’s a real Andy Dalton like that.

My point is that we have to let go of this notion that ‘everything is under control.’  It’s not.    No one has a perfect life.  I may look like I have things under control but trust me when I tell you I am a bundle of insecurities, self-doubt and wonder on all fronts.  Life can be chaotic, unpredictable and, at times, super inconvenient.  Set it on cruise control every once in a while.  Stop trying to tame a beast.  We spend so much time planning every second of every day, we are forgetting to sit back and enjoy it.  We all need to chill out.  Realize that nothing is set in stone…until it is.  Anything can change in an instant.  You don’t make the world go around, all you can do is make sure it’s worth the ride.