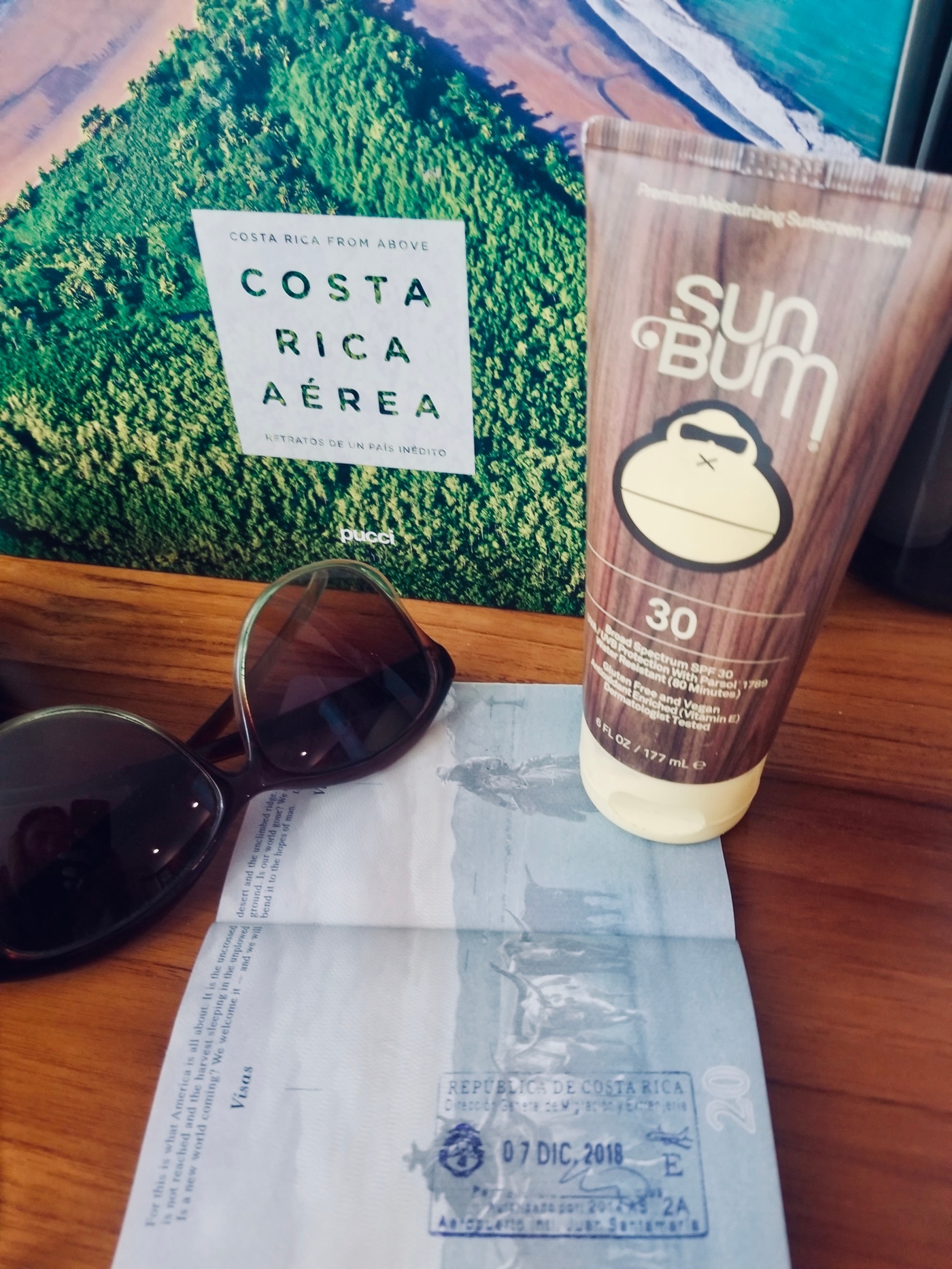 Well, I am back.  Regretfully and grudgingly.  I cried the entire way to the airport.  And then I watched Crazy Rich Asians on the plane and cried some more.  Coming back to reality has been very strange.  I am cold all the time.  I don’t know what time or what day it is.  I actually have a fever so I can say coming back to America has literally made me sick.  I feel like Costa Rica was a dream and I’m somewhere in limbo between vacation and reality.  It was, without a doubt, the most adventurous trip of my lifetime.  My suitcase, which I borrowed from a friend the night before I left – don’t worry I got it all together with minutes to spare, had everything from a rain jacket and a thermal to hiking shoes and flip-flops.  Adventure waited in every climate.  It was total utopia.  Pura Vida is something they say a lot in CR.  It’s their mantra for their way of life and it means the simple life.  I fell in love with all of it and found myself in a bubble of sublime happiness.

I must say it was weird seeing Christmas decorations everywhere.  Christmas in 90 plus degree weather doesn’t register with me.  If you know me at all, you know I hate bugs.  I came prepared.  Sprays, lotions, you name it.  I decided to go new age with my bug spray.  All organic, natural ingredients, blah blah blah.  Well, heads up – when you spray something with eucalyptus in it all over your body after being in the sun all day, it’s essentially like rubbing icy-hot all over yourself.  So THAT was fun.  You CAN get a sunburn through water…found that out the hard way.  Super glad I didn’t do my nails before I left because I broke one every single day.  My right flip flop broke on day 1 of vacation and my left flip flop broke on the last day.  Coincidence?  I think not.  Costa Rica was the perfect compliment to my wild.  I can’t wait to go back.

I did things I never thought I would do.  My fears were put to the test.  It was the night before we were going to go rafting and three glasses of wine later, Hillary looks at me and says, ‘We should go canyoning tomorrow too.” Now normally my initial reaction would be to laugh maniacally and say yeah right but instead booze had me going, “Yes.  Absolutely.”  Next thing I know it’s 8 in the morning and I’m standing on top of a 65 foot waterfall thinking What in the actual fuck have I done?  (sorry ma).  I’m being told to turn around, bend my knees and push off the platform.  Yeah.  Okay dude.  HUGE thumbs up.  I’m freaking out.  Trying to act natural.  Failing miserably.  This other guy is asking me to smile for the camera and I’m like, “No pictures por favor!!!”.  And then down I went.  Every so slowly…but I eventually made it after being swung into the waterfall 3x because I’m sure this guy was so over waiting for me.  I think Hillary started 5 minutes after me and finished 10 minutes before me.  I was a wreck.  My body was so tense through the whole thing, I’m still sore from it.  Oh, the adventures we had.  Night hikes, ziplining across canyons, cloud forests, rain forests, tarantulas, snakes and sloths – Oh my!  I am still processing.  What even just happened?

Costa Rica was one of my favorite chapters by far.  Even though I was asleep by 11 every night, even though it took me 15 minutes to figure out the exchange rate on every transaction, even though my hair was a disaster in that weather, even though we bumped across the country on dirt roads -and boy do I mean bumped.  I will never take paved roads for granted again.  It’s truly insane and if you think you’ve seen crazy drivers, you haven’t.  We only thought we were going to die once.  Here is a little snip of our ATV ride to Montezuma, which is the furthest southern town on the western peninsula.  Tip – watch with the sound ON.

And here are some more reasons why CR is total garbage:

Absolutely hideous.  These are all non-filtered pictures from my camera.  Swear on my father.  I still can’t believe it either.

I could go on and on about this place.  It challenged me in so many ways and I was in a total state of awe.  The people, the food – oh my god the food, the culture, the pura vida, every single tiny piece of it melted into my heart and filled all the cracks.   I would like to thank my travelling partner, Hillary Ashen, for being a total badass and pretty much the entire reason we chose Costa Rica.  Thank the skies we travel well together.  I would like to thank Costa Rica and all of its people, all of our guides who helped us and the many new friends we met along the way.  A huge everlasting cheers to all of that.  If Costa Rica isn’t on your list, I sincerely encourage you to get it on there and make it happen.  Pack your bags now.  Just go.  From mountains in the clouds to volcanoes surrounded by rainforests, jaw-dropping beaches and waterfalls that’ll make your heart smile,  she’s a stunner and she won’t disappoint.  I mean, there are GROWN men who stand on the beach at sunset and make giant bubbles.  COME ON!  That’s downright poetic.  I just want to drink out of coconuts for the rest of my life and not work ever again.  I think that’s extremely reasonable.  My next adventure takes me to the crazy land of Cincinnati, Ohio where I will come face to face with something scarier than anything I saw or did on my trip:  my family.  Buncha filthy animals they are.  Wish me luck.  To you and yours, a VERY Merry Christmas.   Safe travels if you’re going anywhere and Pura Vida evermore!  XX