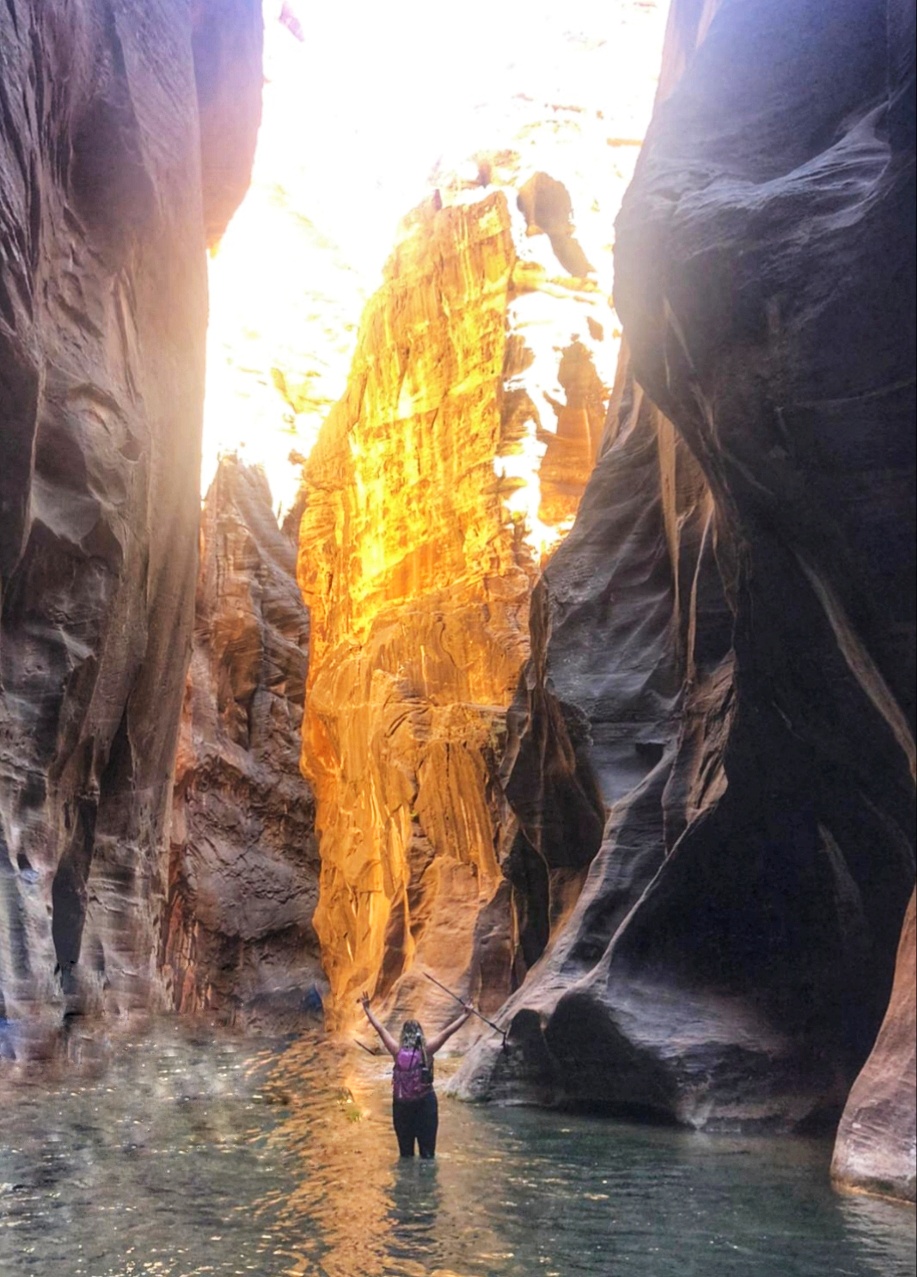 I did this crazy thing the other day and found myself in the midst of a phone call because I made the extremely uncharacteristic choice of answering. Albeit, my phone deciding to ring at all was probably the most remarkable trait of the situation. My friend said, “I can’t even write 2020 without wanting to throw up.” And he’s not wrong. 2020 is like the houseguest that showed up and then never left. Why are you still here, LINDA?! We are in the midst of the biggest heatwave California has had in almost a decade. The sand at the beach was so hot, I thought I was being burnt alive. I repeat, I THOUGHT SAND ITSELF WAS TRYING TO KILL ME. I spent the majority of the weekend in the ocean. Not at the beach, IN the giant toilet we call the sea because it was TOO HOT to exist and I’m pretty sure I said “I can’t live like this” 45 times…minimal. Everything is fine.

You can’t surprise me anymore. My friends’ flight had to make an emergency landing because someone’s luggage caught on fire, there are whispers of some kind of space plane from China that landed in a secret hangar, there’s a country-wide coin shortage which I still don’t understand, people are secretly working out together in alleys like its prohibition, the skies are LITERALLY BURNING ORANGE. Tell me anything. I won’t flinch. You ordered a mail in bride and she arrives on Tuesday? Sure. You think this is the beginning of an alien invasion? Got it. My father is actually alive living on a secret Greek aisle with JFK and TuPac? I knew it. Can someone please fast forward me to the part when I can stand outside and breathe fresh air?! Is that too much to ask?!

Apparently so because I’m pretty sure I’m high right now…and not by choice. The pool, which is still under construction by the way, just got resealed and the fumes are POTENT. It was also extremely fun to open my blinds and see 3 men sitting in lawn chairs outside of my kitchen window on their lunch break staring at me. Cool, cool, cool… Who needs sunlight anyway? In other news a woman from Ohio stabbed her boyfriend with a pen repeatedly cause he was eating too much of the salsa and I gotta say…I get it. My brother and I have maybe (100% we did) screamed at each other over cheese and crackers in the wee hours of the night. I have a certain respect for people who take their snacks seriously. Warmest regards to Donny – easy on the Tostitos next time, buddy.

So…the gender reveal party that ended all gender reveal parties, let’s do this. We got dumb people out there doing dumb things and let’s not forget, they’re all voting in November. Am I the only one that feels like Tom Hanks in A League of Their Own trying to teach Evelyn about the cut off?? USE THAT LUMP THREE FEET ABOVE YOUR A$$, ya dings!! And of course this happened in America and of course it’s a boy. Congratulations, your unborn child is indirectly but predominantly responsible for a catastrophic WILDFIRE because of his genitals. (Insert slow clap here) Families are evacuating their homes, acres of land were scorched and many won’t have homes to go back to all because you had to make an ornate festival of fireworks about whether or not your kid has nuts. BRAVO.

I am constantly trying to wrap my head around pregnancy because it all still feels like a bit of a magic trick to me. My friend is pregnant with a boy and I keep reminding her that there is a dick inside of her all the time and, for me, that’s a lot to process. Also, please note that she told me it was a boy without LIGHTING HALF OF CALIFORNIA ON FIRE. Whatever happened to the cake being a certain color when you cut into it? When did pyrotechnics get involved?? Why has everything become SUCH A FUSS? The pink and the blue (eyeroll), I mean, has 2020 taught us nothing? Is gender still a thing? I just say, hey you and call people dudes anymore. I quit. Should I start having parties when I find out I’m NOT pregnant? Cause some of us are equally excited about that and we aren’t getting the recognition we deserve.

As a little girl I thought I’d have children by now. A husband, a house, a yard, maybe a minivan – for sure I thought I’d at least have a bedroom. Didn’t take, I guess you could say. I constantly wonder what my younger self would have to say to me. She really went for it, all of it. She didn’t care what anybody thought. She had dreams that weren’t broken yet. A heart that was unafraid, whole and eager. Now that heart holds a little fear, is slightly jaded and a touch reluctant. I am not where I thought I would be but I am exactly where I’m supposed to be. It was recently said to me ‘there are a million you’s out there’ and while I know that’s not true, I need everyone to know that’s not true. I hope all the little girls and all the little boys are raised to know that there is no one else in the entire world like them, nor will there ever be. I hope they wake up every morning knowing how insanely special they are and how every single bit of them, from how they walk to how they see the sky to how they slice a tomato, is a one of a kind design that can’t be replicated. People will say things to cut you down in an effort to build themselves up. It’s ego driven and it has nothing to do with you. Each one of us is a miracle with a story only we can tell that will never be written again. Don’t ever let anyone tell you different – they’re wrong and they know it. There are not “millions of me’s” out there. There aren’t even a few me’s out there. There’s just me…and from what I understand that’s one enough for the world to handle.

On the note of younger days, if you liked Karate Kid at all, watch Cobra Kai. It’s so nostalgic and fun and if for nothing else, there’s an insanely cheesy 80s sex(?) dream that is now ingrained in my head and I can’t deal with this alone. It’s my favorite thing in all of quarantine minus the fact that LaRusso grew up to be a major dud-bucket. He’s like the Danny Tanner of the show except HE is the one who needs to be taught the lesson at the end because he acts like a 4 year old. Sorry Mr. Miyagi, I’m team Cobra Kai all the way. There’s something I never thought I’d say. I also never thought I’d be looking for wedding dresses but there I was for the tiniest, hottest second trying to find something to send over to my future sister-in-law and I’m pretty sure my internet had the biggest orgasm of its life because now every device I own, wedding.dresses.EVERYWHERE. Gross.

2020 might kill me but don’t worry, in a direct quote from an email I received in my inbox, ‘Southwest is promising a full exchange of fresh air every 2-3 minutes while in flight’. Excuse me but HUH? So Southwest has redesigned their planes, meanwhile Congress couldn’t decide whether or not to supersize it even if our lives depended on it….oh wait. Can someone just hold me for ten solid minutes? Can we do hugs again? The woman in aisle 9 needs a hug. And before I forget, a huge donut filled HBD to the man who taught me what it was all about. Love you Dad – what I wouldn’t give to know what you thought about all of this and what’s become of my life. Every year I ask myself if it ever gets easier but the truth of it is – I miss you all the time. And for anyone wondering why I am the way I am, Exhibit A:

P.S. I got an email after last week’s blog from my mother scolding me for multiple uses of the F word. Look ma!! Not a single fuck in this whole blog!! Whoops. Almost. Until next week you beautiful unique magical sensations! XX