I hope you all had a wonderful Thanksgiving.  I took the day off this year as you might have noticed.  I spent the day with a beautiful group of friends that started with a polite spritz and ended in broadway show tunes.  My favorite kind of day.  I was extremely thankful for the gift of sight this year.  I’ve been in my glasses for almost two weeks due to a corneal abrasion across my entire left pupil.  Nothing but good times over here.  How did I accomplish this? – one might ask.  Sitting in a chair.  I thought maybe something was in my contact and the next thing I know I’m in the back of an Uber by myself with an ice pack over my eye headed to Urgent Care.  If you’ve never traipsed around town with one eye, wanting to choke someone every time you blink with the other, you have not lived.  I spent the weekend with my head in the couch cushions.  Literally.  My friend even made an eye patch for me.  I’m a fairy pirate after all.   The abrasion is healed but my vision is still a bit wonky which I was informed might take time to heal or may be permanent.  Fun odds!  In conclusion, if you have two eyeballs you can see out of, count both of your blessings.

I have been rewatching Sex in the City.  It is AMAZING how timeless this show is.  It is still so relatable and I still laugh and it’s still one of my most favorite shows.  To the point, I need to speak with ANYONE who was an Alexandar Petrovski fan.  None of it was ever right.  NONE of it.  Miranda knew it.  I knew it.  He never understood any of her humor.  Red flag.  Zero interest in her friends.  Red flag.  She told him her best friend had cancer and his reaction was to tell her about his friend who had cancer and died.  Red flag.  AND THEN HE SLAPPED HER.  I forgot about the slap, honestly, and I gasped out loud.  And THEN my mind was blown again when she kisses him goodbye on the cheek.  RIDDLE ME THIS!!  What on earth?!  I was floored.  Alex I’m-the-worst Petrovski gave zero fucks about anything but himself.  In fact, after further pondering, I can’t even tell you what she ever saw in him to begin with.  Which leads me to ask:  Why do we stay with people who dull our shine?

I’ve done it, you’ve done it, we’ve all done it.  We stay with people we know aren’t our person.  As if we don’t think there’s anyone else on this planet left for us, which is crazy because there are SO MANY PEOPLE on this planet.  Too many, in my opinion.  At this rate, we are going to weigh earth out of orbit.  (I know that’s not possible, calm down)  I understand there is compromise, but I think too many people compromise themselves and fall into a little pocket called settling.  It’s like the line between our hearts and heads sizzles out rendering us incapable of making rational decisions.  We get lost in love…or like…or whatever you people are calling it these days.  Some people just aren’t shiny enough for us or maybe it’s that we shine too bright.  Either way, it’s not a good mesh and we let it go on and on for what?  I would rather be alone.  Why are we so afraid of hurting others and all too accepting of suffering in the process?  Life is too short.  Especially in my family.  Live loud, people.  No time for anything else. 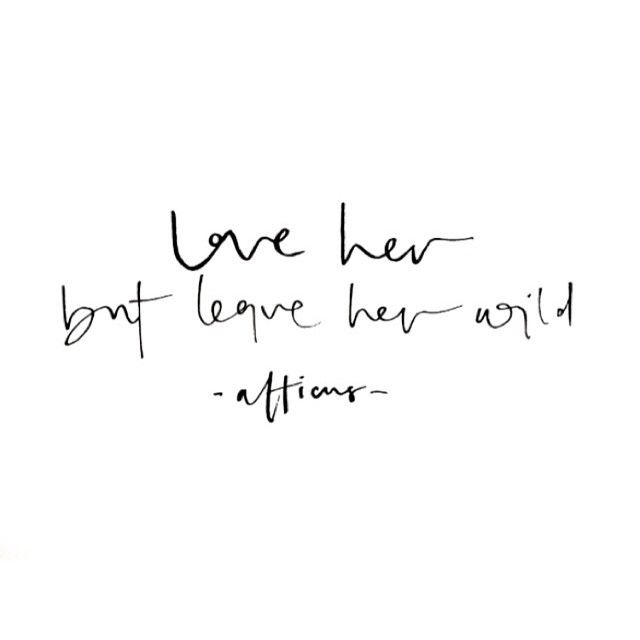 I want to be loved.  I also want to stay wild.  If I can’t have both of those things simultaneously, then I’ll have to learn how to shine elsewhere.  We all need to sparkle.  We deserve to sparkle.  Wait for the one who makes you AND your world brighter.  Big chased Carrie to Paris.  A grand gesture.  Took him eight seasons, but he finally figured it out.  So if you’re out there with an Alexander all-I-care-about-is-ME Petrovski – get out.  Fast.  You’ll be okay.  You’re not stuck.  Be good to yourself.  BE THE DISCO BALL.  Be the life of the party and glitter.  There is no such thing as too much sparkle and don’t you dare ever try to dull mine.  I’m holding out for my very own Mr. Big…and you should too.