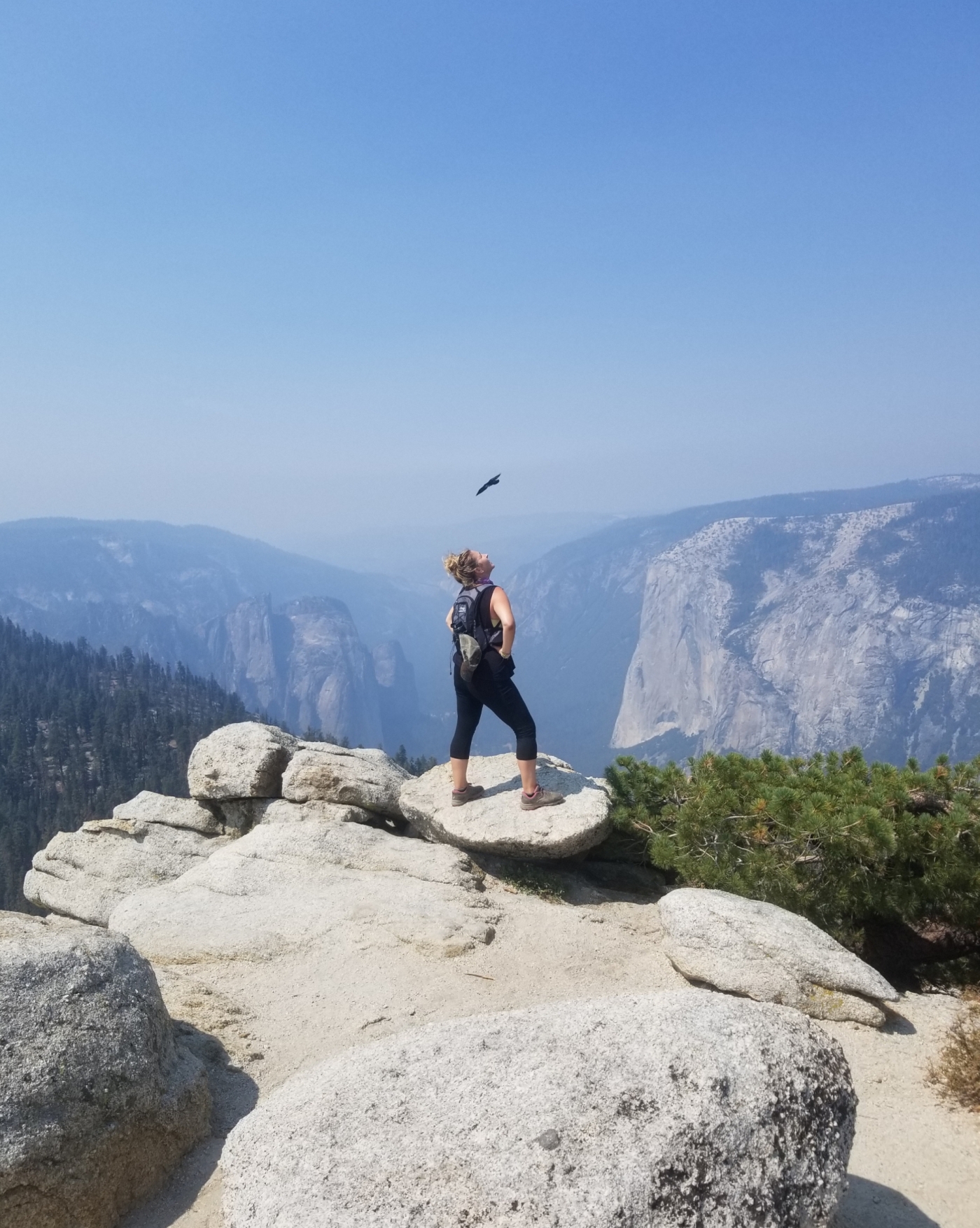 Hi, I’d like one ticket to Normal-land and a bottomless strawberry margarita…and a cupcake. Everyone through with their panic purchasing? You all set with your Burger King cup of gasoline, Gary? Did you store it on top of your TP I’m sure you still have stockpiled in the closet from a year ago that you now sell on ebay at a 300% markup? I mean, talk about Darwinism. Where do I put in a transfer request to another planet? I know there’s a one out there and I.am.interested. Sign me up! Just get me out of here. But like – within reason. I watched a trailer for Stowaway and have decided that’s my worst nightmare. Waking up to my own life is traumatic enough, if I woke up IN SPACE, I’d die of internal rage. Not only would I be in space, which I have zero interest in, but then my only option home is to eject into the ether in some tiny capsule into the ocean?!…which is scarier than space?! No one wants that journey. What can you even do in space besides eat a bunch of crunchy food? According to the Smithsonian, sex in space is ‘very much frowned upon’. Yes, I looked that up. You’re welcome. Speaking of space, remember when we used to send men to the moon? Why’d that stop? Can we bring that back? Can that be a proposition I vote on? I’d like the men to go to space. I feel like that’s an option we haven’t really explored, as a planet, and we should give it a go. It might fix things you know? It’s worth a try. I’m not saying men are evil but name a female serial killer. Exactly. No further questions. Or are female serial killers not getting the credit they deserve? Are they so much better they’re not getting caught or is this another instance of inequality? Are they the WNBA of murderers? Can you already tell what kind of mood I’m in today?

In this installment of cancellations, please add Ellen and Chrissy Teigen to the list. And look, I’m not saying I don’t understand why. None of my interactions with Ellen have ever been pleasant. ANY form of bullying is inexcusable. But are we all not human? I’m not perfect. I am sure there are people out there who hate my guts. But this whole judge and jury, casting stones mentality we’ve decided is acceptable bothers me to an infuriating degree. We all have bad days. We all have done things we aren’t proud of. The hypocrisy, the polarity, the judgement, the stupidity – I am THIS close to boycotting all forms of media. There was a professional gamer on an episode of Survivor and she was saying how much more difficult playing a game with actual people is because emotions get involved and it changes everything…uhhhh…YA THINK?!?! Are people really that unaware of how emotionally debilitating the digital world is? You can find whatever you want on the world wide web, but it will never compensate for human interaction and is simultaneously taking away from that time. Does no one else see a problem with this? The element of humanity is never taken into consideration because it doesn’t exist in that realm. And the problem is it’s slowly seeping into our reality. There is a severe lack in kindness. The things people say to each other and the way we treat each other. I am not here on this Earth to condemn others for their sins. That doesn’t do anything for my soul or make me feel good. If drama and putting others down and witch hunts are what fuel you, we would rule very different kingdoms. I prefer to channel my energy towards positivity and love – just not in a naive free for all type of way. I’m not a total hippie.

On a more serious note, when is the last time you ate a macadamia nut? WOW. Talk about a game changer. I hadn’t had one in years and now I’m obsessed. I made macadamia “breadcrumbs” for my caesar salad the other night and I’m not trying to be overdramatic or anything but my life began that night. Even my dinner guest was impressed. Yes, I have dinner guests now. Cause I’m old and classy like the lady in Great Expectations minus the Diane Von Furstenberg type gowns. I painted a wall the other day for the first time in maybe all my life and I must say, it was extremely therapeutic. I’m redesigning my walls. Cause that’s what grownups do. In other ‘I’m old now’ news, my favorite candle in all the world was discontinued and I’m really not sure how to move forward. I even pulled a Karen and sent an email to the company begging for them to bring it back or sell me whatever they have left in their warehouse. When I love things, I want them to last forever. I don’t feel like that’s asking for much but in a world where BIGGER and BETTER and IMPROVED seem to be on trend and moving forward at a rapid pace, I suppose holding onto anything sentimental anymore is unrealistic. I’m an heirloom kind of girl in a pioneer type of world. Sometimes I just wish the world could stand still for awhile you know? What’s so bad about what we’ve got? Art thou so unsatisfied?

In other personal tidbits, my driver’s license expires this summer so I I’m dealing with this whole REAL ID fiasco…and it IS a fiasco. They say the the REAL IDs will be federally recognized. Since when are driver’s licenses not federally recognized? Why are non-federally recognized IDs even being issued?? IS THIS A PYRAMID SCHEME?! What am I missing? What’s the barcode for then? What system does that line up with? Is this all smoke and mirrors??? Is anything real anymore? Just all of a sudden we decided state IDs weren’t up to par, made an Act about it and are now raking in the financial benefits? I have questions. This is some Apple shit for sure. Sitting on their billions like, yes, but how do we get more? But I’ve also come to the conclusion that not everything is for me to understand. Like why do books need covers? So we can judge them? Why do women joke about giving up on men and becoming a nun? So you can dedicate your life to one man? It makes no sense. Why are some pictures of me SO AWFUL? I mean, WHY?! Why isn’t a group of squids called a squad? Why do people not respond to your texts and then look at your instagram stories? Does anyone even like chopsticks? When are we all going to admit we’re all a little bit of an alcoholic? – And if you think I’m wrong, let me ask you this – if a Manhattan or an Aperol Spritz or a glass of wine or whatever it is that you drink didn’t have alcohol in it, would you drink it? No further questions.

Meet my new nemesis, an almond. Almond butter has now ruined 5 shirts of mine. FIVE. I can’t wear five shirts in public now because of almonds. Stupid nut. Got an email the other night that my laundry room misses me? As if I need a reminder to do laundry. It’s called I hate doing laundry like most of the world and I’ll do it when I do it and mind your business. I don’t need the universe piping in on when I need to wash my socks. I think I got this one on my own. I say that and I heated up a pot of nothing for 10 minutes yesterday. Facts. I’ve had a rough week. I’ve been anti-social. I haven’t felt entirely myself – I’m also on day 15 of no booze or sugar of any kind so maybe I’m becoming a butterfly, I don’t know. What I do know is my entire life is charged by emotions and without them I’m lost. It’s taken me far too long to realize it’s one of my superpowers unlike a weakness so many people wanted me to believe. They will stand in your corner until you have an opinion that doesn’t line with theirs or you don’t fulfill their needs they’ve decided you’re responsible for. I’m more into that unconditional type of love. I don’t ever want anybody to be anything but themselves. I feel very strongly about that. We can’t lose our humanity. We can’t forget what connects us all. A group of ravens is called an unkindness because the parents were considered to be unkind to their young, forcing them to fend for themselves too soon. And yet, they symbolize prophecy, longevity and wisdom. MY how the turntables!! (not a typo, from The Office) Check your unkindness. Rearrange the way you’re looking at something. Put yourself in other people’s shoes. Question why we were taught to fear witches and not those who burned them alive. I know I do. Xx