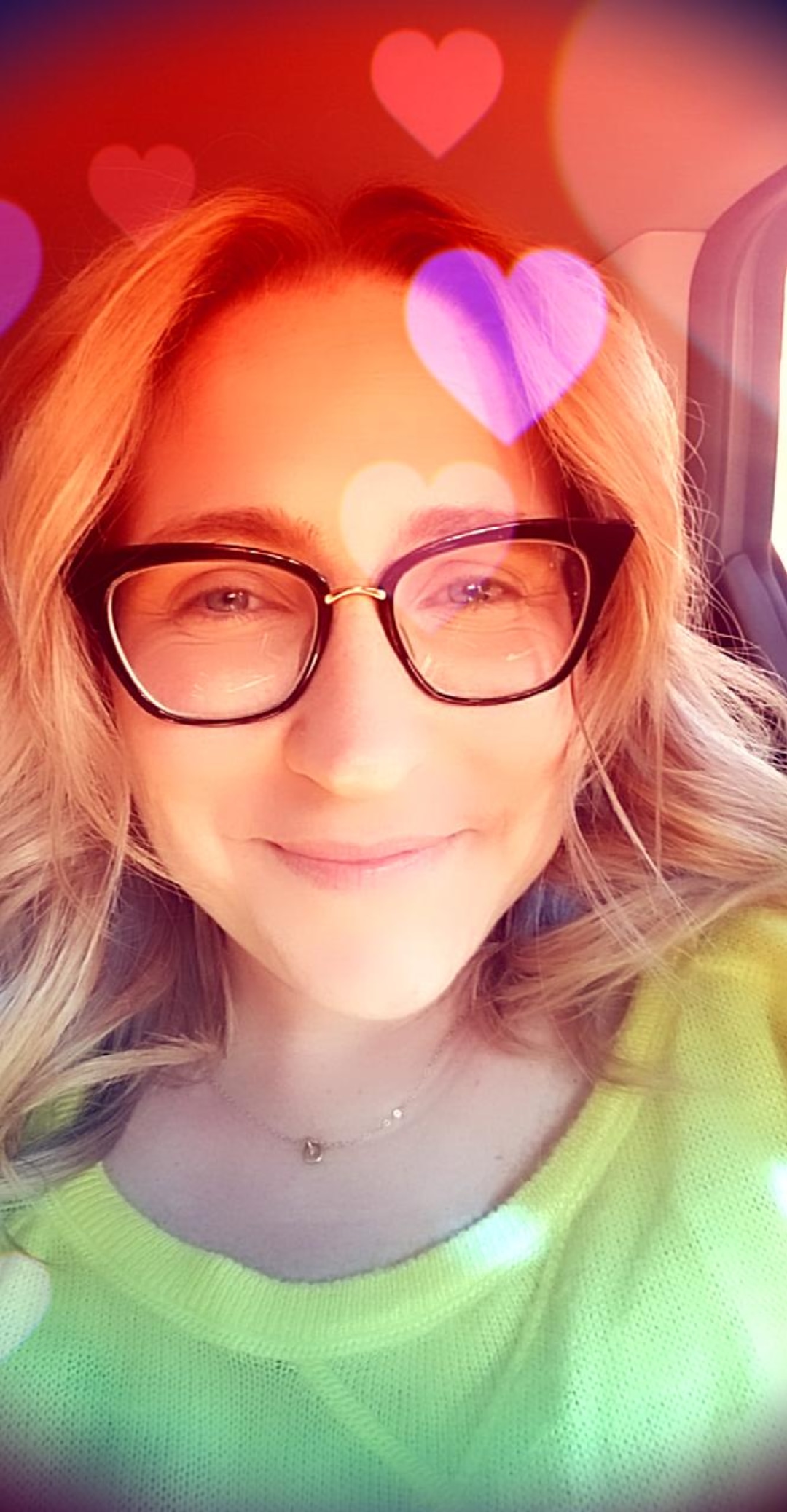 I still don’t know what “hedge funds” are or wtf a bitcoin is but I do know if you aren’t buying wine from Ralph’s/Kroger by the 6-pack, you’re doing it wrong. I paid $66 for what should have been over $200 of wine and bubbles. Even the cashier went ‘SHIT!’ after he saw the total. We are still in the midst of a pandemic. It’s the economically responsible thing to do – that’s all I’m saying. I do not work for them, I am not making commission on any sales I encourage, just some friendly financial advice from the kindness of my drunk heart. So invest in stocks, get an IRA, don’t use credit cards like I do and buy wine in multiples of 6. You’re welcome. Think of me often. Send me a ‘thank you’ card if you’d like. On a more important note, what’s the deal with shower liners? Every shower liner I’ve bought in the last twelve years boasts blasphemies like – mold resistant! antibacterial! guaranteed! – and I’ve thrown out every single one because it gets gross. I just wish you weren’t a liar. Buncha fibsters. Granted, I do enjoy a cloth liner – it makes me feel like an adult who doesn’t murder people on the weekends. Plastic liners, window AC units, portable dishwashers and vertical blinds are signs a person murders…or deals drugs. It’s been proven by science. And don’t be offended – I have two of them. I’m not saying I murder, but statistically, it tracks.

In the latest installment of cancel culture, Mr. Potato Head is now (drumroll) Potato Head. I hope everyone is sleeping better now. What a relief this must be. Who is crusading this stuff?- What is your dayjob?- And what is your definition of priority? This thing has been around since 1952…when couples were sleeping in separate twin beds in the same room. I’m not saying things can’t change but also, IT’S A POTATO! I think we are all very aware that potatoes do not have genitalia because, again, it’s a potato. And if your kids don’t know that, (leans in and whispers) that’s your problem. In the dumpster fire we’re all living in, this little plastic potato man is what’s got you all worked up? Can’t there be a Mr. Potato Head, a Mrs. Potato Head and a Potato Head?? I mean, do we take away the mustache too? How is this a win for anyone? Is Toy Story even real anymore? Maybe it’s just me, but I assumed potatoes are masculine anyways. They become ladies when they’re turned into french fries. Everybody knows that. They’re coming for you, Barbie! A lot of people are riled about Dr. Seuss. Before you get all nuts, here’s the thing: 6 of his books will no longer be published due to controversial cartoon depictions within the books. Look up the cartoons yourselves…it’s…bad. I think it’s also important to mention this was encouraged by his own family. So in conclusion, direct your wrath towards potatoes…not green eggs and ham.

Speaking of food, let’s.talk.about.FETA. People are losing their minds for this stuff right now. It’s like the Tickle-Me-Elmo circa 1996 of cheese. The craze started after a recipe video using a block of feta went viral. Yes, I made it. Yes, it’s delicious. But that’s not the point. Everybody needs to back away from the feta. It’s mine. Seat taken. I’ve been eating this stuff happily and at my leisure for the last 37 years, ok? All of a sudden it’s a hot commodity, flying off the shelves because some yo-yo from TikTok decided to repost some Finnish lady’s recipe from however many years ago and it’s slightly ruining my life a tiny. GO BACK TO YOUR CHEDDAR. Leave me and my native cheese alone. Stick with your bags of cheese please. Stay on your side! I’ve basically become a crack fiend but for feta. I buy it in bulk now like a Karen. This is what’s become of me. So THANKS lady from Finland and 17 year old so and so from TikTok. THANKS A LOT. You’ve ruined the one thing that was mine. Can’t I have this? Can you just let me have this ONE thing?!!? Dear Universe, you’re playing games and I don’t like it – don’t mess with my feta. Go to bed. And if this wasn’t the craziest old lady rant you’ve ever heard me go on, you should probably hang out with me more.

I think what we learned during the 2021 Golden Globes is that not all celebrities are ‘just like us’. While I’m sure a lot of these people have houses that look like Succession sets, I also have a feeling there was a lot of staging going on. I mean, can we all just channel 2021 Golden Globe’s Jason Sudeikis moving forward? Unassuming and humble and just the slightest bit high? Hanging out in a mustache and tie-dye sweats stumbling over his own words speaking nonsense. THAT is what I want to see more of – not everyone all primmed and trimmed but the guy sitting in his living room expecting nothing and then having to make a speech on the spot while on edibles only to be told to wrap it up by Don Cheadle – which I have mixed feelings about. And I’m not saying this because I have the tiniest of crushes on him that goes back to his SNL days and just find him all-around endearingly adorable – I’m saying it because if I had to pick one person to hang out with from what I saw that night, it would be him. That’s my kind of guy – not the guy who shows up with a CVS scroll of a paper acting surprised he’s won. I see you.

I did say before the ceremony, “If Emily in Paris wins anything tonight, I’m quitting this industry and moving to a farm in the morning.” And here’s the thing – I watched every single episode. Of course I did. I enjoyed it. But we all know I watch some very questionable television. Several sources can vouch for me on that. Who watches any of the Chicago series shows? ME. All 3 in fact. I’ve been watching Craig Ferguson’s The Hustler like a maniac lately and have concluded that I’m annoyingly gullible and the world is full of liars. Which is indicative of my relationship history. I’ve also had a membership to PassionFlix since 2017. It’s called a problem. I’M FINE. And let’s just break down Bridgerton ok? – which I also watched by the way…obviously. It’s Grey’s Anatomy and Gossip Girl‘s distant cousin in corsets, people. Which is fine – because that’s what it is and that’s why I watched it. But the hype is a bit much and a little overkill – as was his hosting SNL if I may boldly say. I thought to myself – Who? The Bridgerton guy? Already?! Mad kudos to him but talk about things escalating quickly. Inarguably, the best part about Bridgerton is Julie Andrews’ voice over…or maybe episode 5 around the 26 minute marker. THAT was fun to watch with my mom. Not.

I hope this has made you laugh at least a little bit today. Thanks for being here. Thanks for giving my insanity your time. Throw me a line – let me know you stopped by. Or if you’re a creep from my past, please don’t. I know a lot of people are having a rough go these days so I just wanted to be silly and light and just a bit “is she drunk?”. Real talk, I have been in duress on the floor the majority of today due to being a woman. WHAT A FUN THURSDAY FOR ME! So if you think life’s not fair….I know dis. And, yes, I mean dis. And if anyone knows where to buy the orange coat Nick Jonas was wearing during the opening monologue on SNL, PLEASE BUY IT AND SEND IT TO ME. Thank you. Boop! Make sure the people you care about know. People could use the extra love these days. And in case you forgot, just remember – you are nobody’s garnish. I should actually write that in permanent marker on my upstairs neighbor’s door. We’re all going through it. So make that lemonade, find your sparkles, actively search for reasons to smile and maybe be the highlight of someone else’s day. I don’t know when this shit is going to be over but I refuse to let myself become a victim of circumstance. What a wild time to be alive. In the words of Jason Sudeikis, ‘this is nuts’.